BELGRADE –  June 4 began in terror for the Druckenmiller family in Belgrade when they awoke to a brutal attack on their pet goats in their backyard.

"We were lying in bed, sleeping and I heard screams, screams of the goats, and at first it didn’t register, but then I knew what it was,” said Craig Druckenmiller, owner of the goats.

Those were the screams of Druckenmiller’s four baby goats – three Alpines and one registered Nubian – as they were attacked by two of their neighbor’s hybrid wolfdogs just after 4:30 in the morning.

"We first came out to the pen and saw that there was something in the pen harming the goats, it was just incredulous to me,” said Jan Druckenmiller. “I never, ever with this kind of setup thought it could happen," she said.

The Druckenmillers felt they had done everything in their power to keep their goats safe, including building a 5-foot tall, twisted wire fence to keep predators out of the pen.

They even extended that wire underneath the fence, to prevent predators like Coyotes from digging under.

But it still wasn’t enough. 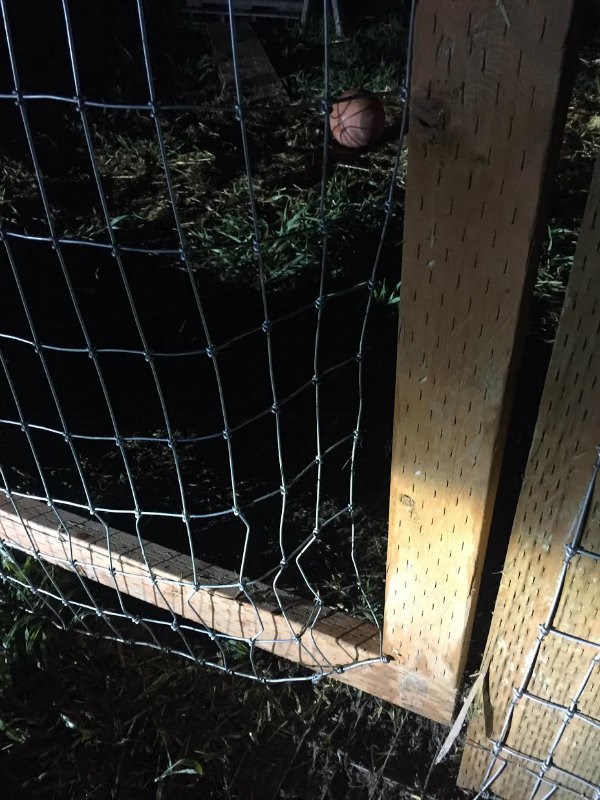 "That’s where they entered was a gate over here,” said Craig. “They peeled back the wire off of the wood, pulled the staples out, and then chased the goats around,” he said.

Craig was able to remove the two dogs from the pen and tie them up near his garage while he waited for the dogs’ owner and the authorities to arrive.

But the damage was done. All four of the goats suffered puncture wounds, one to the lungs.

"It’s placed a really heavy toll on us as a family. We don’t know even how to tell my grandson that his goat died,” Craig said. “He’s three years old, kids don’t understand that."

The three surviving goats are currently recovering from surgery, and the case is now in the hands of the Department of Livestock, determining if there are grounds for euthanization of the two dogs.

According to Montana law, Druckenmiller could have shot the two dogs on site had he possessed a gun at the time, but he said he won’t make that mistake again.

The Druckenmillers have since added extra layers of protection including another gate, a stopper to the main gate, and a pistol.

But despite these extra precautions, the fear still lingers. 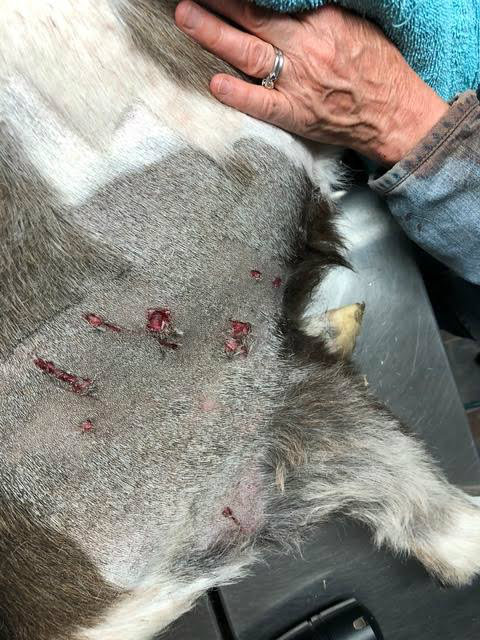 "They’re not livestock, they’re pets, and they’re just part of us now and we just don’t want to live in fear of this ever happening again. It’s just so traumatizing for them, and for us, and continues to be,” said Jan.

The Druckenmillers estimate they have paid close to $4,000 in vet bills for their goats and plan on seeking restitution.

The Department of Livestock is still investigating the incident, which may take up to another week before possibly heading to court.