AURORA, Colo. — There is joy watching an 18-month-old discover the world. But for Manolo Gonzales, these moments might not have happened.

Shortly after his birth, doctors discovered that Manolo had a life-threatening defect causing his liver to fail. He was lethargic and wouldn’t eat solid food.

The only cure was a transplant, and six months ago he got one at Children’s Hospital Colorado.

Samantha Gonzales, Manolo’s mom, told CBS News correspondent Barry Petersen "the moment he woke up" after the surgery, Manolo did "a complete 180."

What saved Manolo was a decision by 24-year-old Rebecca LaSalle, a complete stranger living 700 miles away in Montana who decided to donate part of her liver to anyone who needed it.

"I merely just wanted somebody else to live," LaSalle said.

"Because nobody deserves to suffer," LaSalle said.

LaSalle is what doctors call an altruistic donor, meaning she gave a part of an organ without specifying who would get it – and this was her second time. Two years ago, she also donated a kidney. But the liver transplant is a far more difficult and risky operation.

"There’s very few people in the world who have donated part of their liver and a kidney," Dr. Elizabeth Pomfret of the University of Colorado Hospital said.

She removed part of LaSalle’s liver and said living donor transplants make up about 4 percent of all liver transplants done in the U.S. each year.

"Of that 4 percent, the number of people who are altruistic donors is extraordinarily small," Pomfret said.

But with altruism comes a healthy dose of skepticism.

"She was also evaluated by a psychiatrist and a social worker and a nurse coordinator," Pomfret said.

"So she really almost had to talk you into this?"

"In some ways, yes," Pomfret said.

"It was her demeanor and her passion and her conviction and her maturity," Pomfret said.

LaSalle recently returned to the hospital for a six-month checkup, and for the first time met Manolo, the child she saved. It was life saving for Manolo and life changing for his mom, Gonzales. 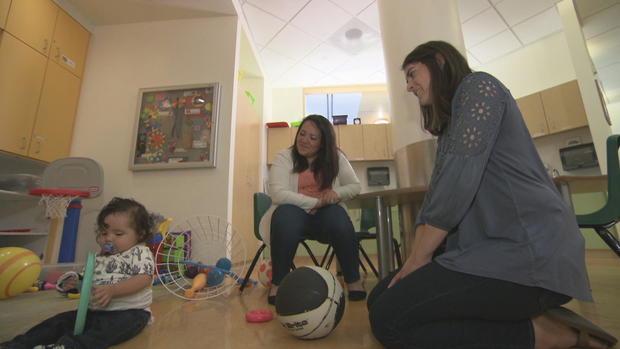 "At that time, I was going though, like, a really hard time with his dad and with what was going on with him," Gonzales said with tears streaming down her face. "I had, like, lost, like, faith in any kind of good person out in the world."

"There’s no words I can express to you how thankful I am for what you’ve done," Gonzales added.

"I don’t ever want you to have to feel indebted or feel like you have to say thank you because he deserved it," LaSalle told Gonzales.

If what she did is extraordinary, why she did it is even more impressive. It all goes back to a lesson her mother drilled into her every day.

"Before I could walk to school when I was a little girl… she would say, ‘Make the world’ and you had to say ‘a better place.’ And you would always groan it out," LaSalle said. "But it was something that actually she did instill in me, and I do want to make the world a better place."

"Mom was right," she said with a laugh.

Not only does that explain LaSalle’s inspiration, it also explains the emotional letter she wrote for Manolo to read when he grows up.

"Most of all, I hope that this opportunity will inspire you to help others to make the world a better place," LaSalle wrote in part. 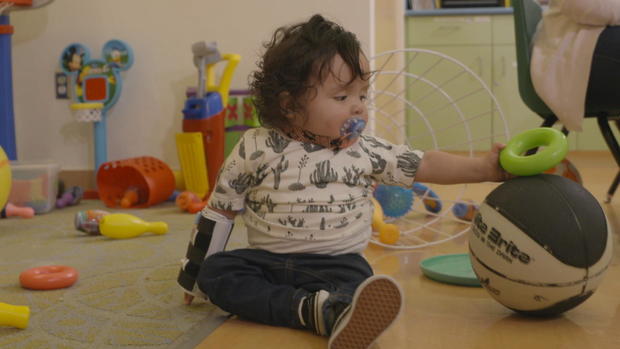