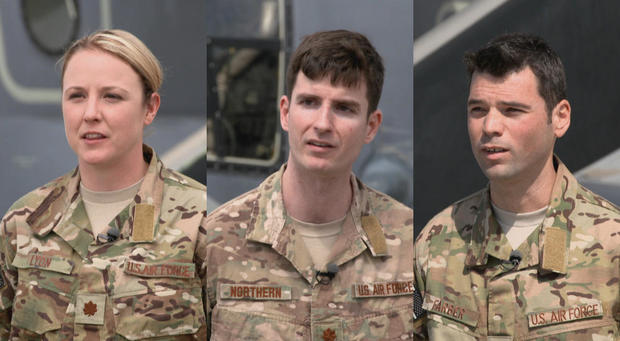 Special operations surgical teams are doctors and nurses deployed as close to the fighting as possible.

Conceived in the weeks after 9/11, the teams have logged thousands of days in conflict and several members have earned the Bronze Star. Just miles from the front lines in the fight against ISIS, six members of an elite unit are fighting a battle of their own, a battle to save lives.

"We can provide that life-saving intervention to our special operators, to the – the folks that are down range, protecting us, that are bringing the fight to ISIS," Northern said.

For security reasons, they can’t tell us exactly where they serve, but this is "outside-the-wire medicine." Handling dozens of mass casualty situations, treating thousands of patients, military and civilian, most with combat trauma.

"No matter the training that you do, you can’t quite prepare to see the civilians that were hurt," Lyon said. "They hit an explosive device. And now they’re on our doorstep."

Lyon recalled one patient, a boy about 10 years old, who fractured his femur after an explosive device was detonated in a school.

"He rolled in on the stretcher. And we were trying to help him over…And he waved us off and then moved his own broken leg over to the bed with him," she said. 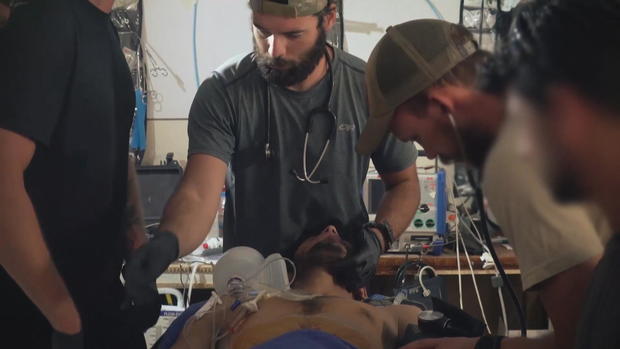 "When the teams are as small as ours, when the stakes are as high as they are down range, that’s what’s so important about picking the right people," Northern said. "We wouldn’t be able to do it without each other," Lyon added.

They move as the front lines move, an ER and operating room shrunk down to six people, working in whatever space they can find with spotty electricity, no x-rays and no running water.

"We train to work in pretty much any environment that is kind of put in front of us," Farber said.

Including in the back of a CV-22 Osprey aircraft. Despite the often tight, unpredictable and dangerous conditions, 98 percent of their patients survive long enough to move on to a more advanced facility. When patients come in, Lyon says they tell them "We’re Americans and we’re gonna get you home." 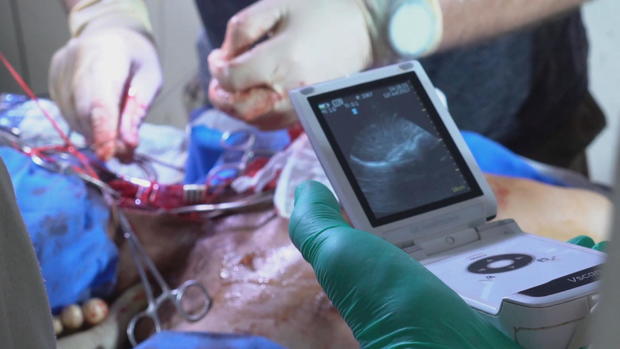 As civilian doctors, they’d likely have better pay, weekends off and far less risk to themselves.

"There’s something to be said about being somewhere horrible and smoking a cigar with a good friend and then possibly being that familiar face that they look up to you in the scariest moment of their life. And that – that’s why I do it," Lyon said.

"Being able to take care of some of the most deserving men and women of our military, our partner forces and civilians who are caught in the way… I wouldn’t trade the opportunity to do this job for anything," Farber said.

Back home, the team is training together in both military hospitals and civilian trauma centers, where they treat the type of injuries that will keep them sharp for their next deployment. Combined, they have more than 30 years of active duty and counting.