BILLINGS – Montana’s namesake can now be found in Virginia.

The submarine named after the Treasure State is more than half built in Virginia and on schedule to be finished and ready in 2020.

On Wednesday, the USS Montana Committee presented an update of the the sub that will be among the most advanced in the world.

It’s a nuclear, fast-attack submarine with stealth capabilities that will aid on surveillance and intelligence-gathering operations.

It will also bear a flag designed to show Montana ethos and make residents who live here proud.

Hats and shirts are being made in honor of the new submarine.

You can learn more about the submarine by clicking here. 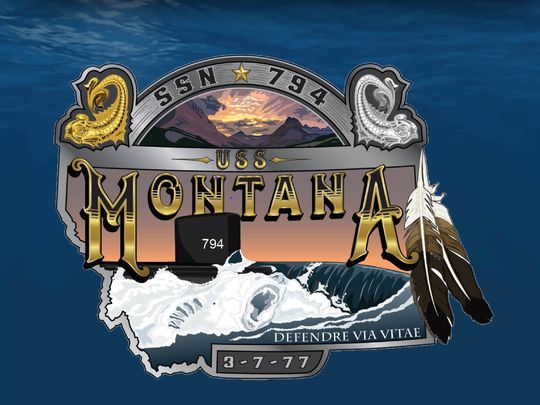