RADNOR, Pa. – It was a crime that rattled a Main Line neighborhood. Police say 33-year-old Meredith Chapman was ambushed – shot and killed as she entered her own home. But CBS Philadelphia reports a tip to police may have saved Chapman’s life if officers received the information hours sooner.

Not many people on Lowrys Lane knew Chapman. She had moved onto the Radnor Township street just days before her killing. But it was long enough for a stranger to handcraft a memorial.

On April 23, Chapman who had recently assumed the role of assistant vice president at Villanova University was shot and killed upon entering her home on Lowrys Lane. 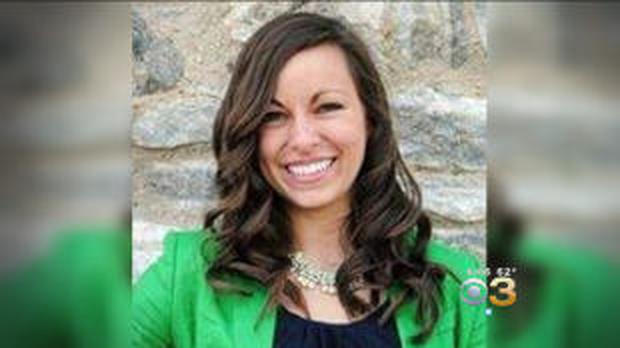 The second body found inside was that of 47-year-old Jennair Gerardot, who turned the gun on herself after carrying out a calculated plot against Chapman, who police say was having an affair with her husband.

But that was not Gerardot’s first visit to the block. In fact, police now believe that she cased out her victim at the home two days prior.

"We received specific information that somebody had that lady standing in her driveway with binoculars probably sizing up the house or possibly observing the pattern of the female victim," said Chris Flanagan with the Radnor Township Police Department.

The trouble with that witness information is that it was emailed to police 16 hours after Chapman’s murder.

"Clearly that could have been a situation where we could have maybe easily avoided this by having an intervention," said Flanagan.

Radnor police say that binoculars along with other items that could possibly be used to evade police were later found in Gerardot’s rental car and urge all residents to report any suspicious behavior they witness. No matter how minor it may seem.

"Police I think anywhere will tell you, ‘They can’t do it alone. They need the community’s support,’" Flanagan said.

Chapman previously worked as a communications official for the University of Delaware.

She was married as well but amicably separated according a family statement provided to CBS News.

"While her marriage to Luke had come to an end, it was gratifying to know that their separation and divorce was amicable, that they remained friends and confidants, and that each of them cared very much for the other," the statement said.

The statement said the family wouldn’t comment on the circumstances surrounding Chapman’s death.

"She was a vibrant, vital and caring woman of incredible talent, and we ask for the opportunity to mourn her in private," the statement said.