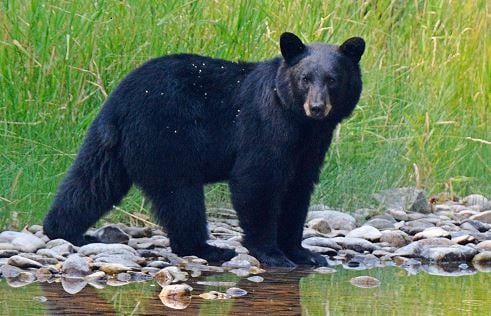 KALISPELL – State wildlife officials are moving a black bear that was recently captured near West Glacier to Glacier National Park.

The bear is approximately 6 years old and weighs 184 pounds. It does not have any prior conflicts on record. FWP worked closely in consultation with the National Park Service and Wildlife Services, according to FWP spokesman Dillon Tabish.

Northwest Montana has abundant populations of grizzlies and black bears and Tabish points out this incident shows the reality facing bears and humans, particularly in developed areas near Glacier National Park and the various wilderness areas across this corner of the state.

Click here to learn more about how to "Be Bear Ware" in Montana.