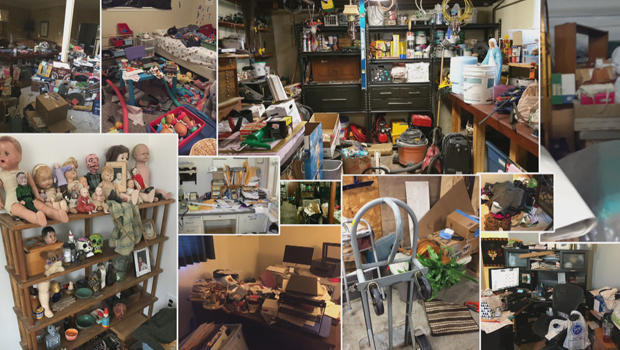 Some "Sunday Morning" viewers just have too much stuff! (CBS NEWS)

A CLEAN SWEEP is often the only sensible option when confronting our piles of unnecessary stuff. Easier said than done! This CBS Cover Story is reported by Barry Petersen:

Take a drive across America and along with the mountains and rivers, a big part of the passing scenery is of self-storage facilities.

And that’s just for the stuff we CAN’T fit inside our homes, where there’s more "stuff" piled in closets, bedrooms, garages and basements.

Some of these pictures were sent in by "Sunday Morning" viewers, suffocating under an avalanche of STUFF.

"That’s the whole meaning of life, isn’t it? Trying to find a place for your stuff," said the late comic George Carlin. "That’s all your house is; a house is just a place for stuff."

Stacey Surace appreciates Carlin’s humor, though she’s not exactly in a laughing mood as she sorts through her possessions in suburban New York. "This is what I like to call organized chaos," she told Petersen. "I would love to purge about 70 percent of this basement." 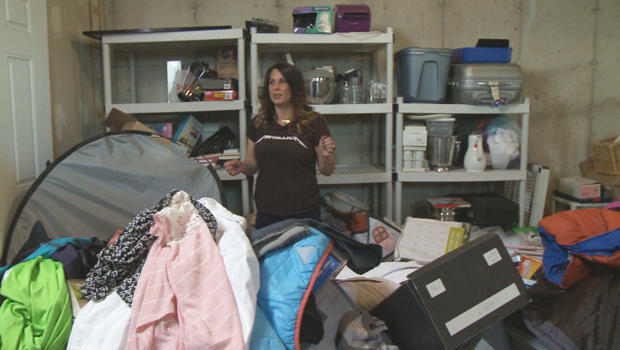 In fact, the accumulation is making this single mother of two a bit desperate: "I’ve been meaning to have a garage sale for 10 years. It hasn’t happened yet. Just very overwhelming. I’m like, oh my gosh, it’s so much stuff, I don’t know where to begin."

Not knowing where to begin, she decided to seek professional help, a professional organizer, Rachel Sager, who helped Surace divide her stuff into piles: "We’ll have the keep category, the donate category, and the throw out category."

Surace noticed a shoe: "I was looking for this … oh, here’s the other one!"

Sager, who just so happens to be a clinical social worker, said that Surace’s attitude toward her stuff reflected a lack of attachment or trauma-based accumulation. "This is NOT a hoarding situation; this is life situation," she said.

Sager is a member of the National Association of Productivity and Organizing Professionals (NAPO), part of the $1 billion industry helping the rest of us get the clutter in our lives OUT of our lives. 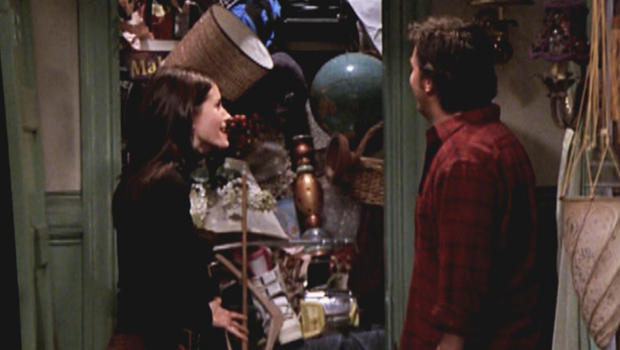 "Neat freak" Monica from "Friends" has a secret closet! (NBC)

It’s worth noting that some people find clutter helps with creativity.  Albert Einstein once joked, "If a cluttered desk is a sign of a cluttered mind, of what, then, is an empty desk a sign?"  He was not alone, Steve Jobs and Mark Twain also had notoriously messy desks.

But Claire Reeves, who lives in Houston, wants the clutter out of her life. She turned to Ellen Delap for help

"So, what would you say your goal for this space would be?" Delap asked.

"I mean, I’d like to be able to walk in," Reeves replied. 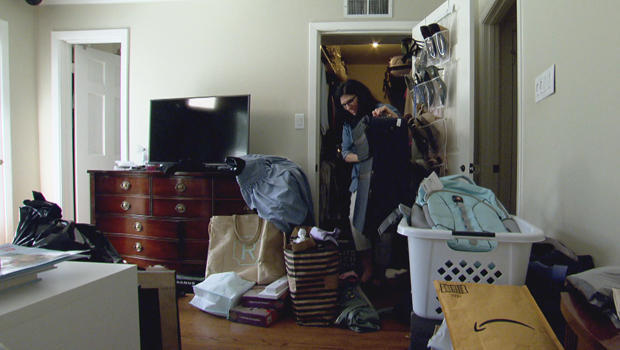 Out come the items she bought, and will never use ("I thought I would use these; I haven’t even opened them," Reeves said), and the dresses she will never again wear.

Delap asked, "Are you ready to release it?"

Reeves says she learned a lesson about too much stuff from Hurricane Harvey, when she helped her neighbors who were flooded out: "Just the sheer volume of stuff that had to come out and that just gets trashed, and it just reinforced that if everybody is safe and everybody is healthy, that’s what’s important in life. Not all of this." 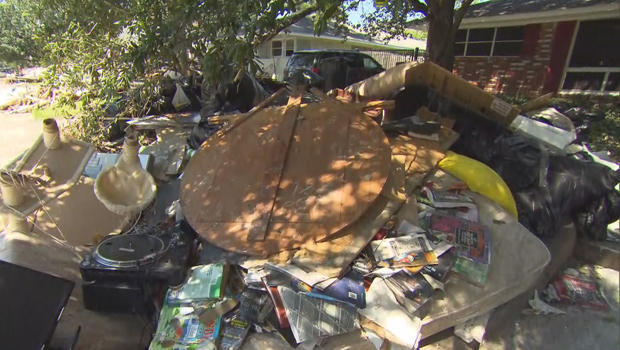 Petersen asked, "Now that you’ve done this, how do you feel?"

"I feel great. Like a weight lifted off your shoulders!"

Except for those of us whose stuff ends up in a storage unit. "This is the saddest of all," according to Jerry Seinfeld. "Now, instead of free garbage, you pay rent to visit your garbage."

The folks on the A&E hit reality TV show "Storage Wars" might beg to differ. When people stop paying the rent, their storage lockers get put up for auction. The buyers are hoping to find hidden treasure.

For one episode filmed in Van Nuys, Calif., Ivy Calvin bids, and wins! He hauls it all to his store, Grandma’s Attic, where he says everything sells.

Author of "Unstuff Your Life" (Avery), Mellen has been called "The Most Organized Man in America."

As he noted to some perhaps less organized than himself, "It will take the same amount of time for you to hang up your coat in the coat closet as it will to drop it on the chair."

Petersen asked Mellen for a little advice about saving old clothes: "I feel like I’ve just given away some part of my youth. I’m not gonna be young any more because the clothes are gone," Petersen laughed.

Mellen uses his 633-square-foot New York apartment as a classroom for his clients. He refers to clutter as "nothing more than deferred 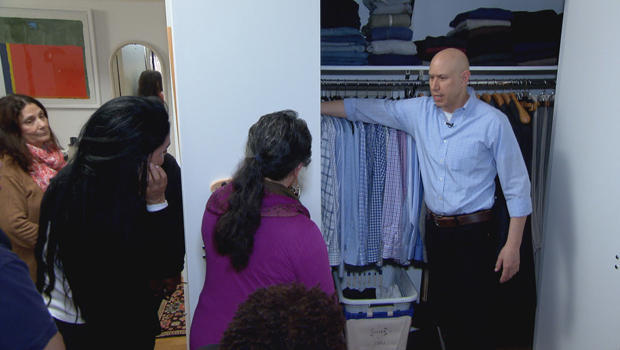 And he doesn’t even have the luxury of a garage. According to the Department of Energy, 25 percent of people with two-car garages have no room for the car, and 32 percent only have room for one.

Petersen said, "We park cars that are worth tens of thousands of dollars on the street, because our garages are full of stuff that, in many times, is worthless. Explain that!"

"Because we’re not thinking about the choices that we’re making," Mellen laughed.

And if you’re still on the fence about whether to tackle spring cleaning any time soon, here’s a little gentle persuasion: "There’s a statistic that says that we waste a year of our life looking for lost or misplaced items," said Mellen. "Because it’s five minutes here, it’s ten minutes there…"

"One sentence to get people off the sofa and starting to declutter: What is it?"