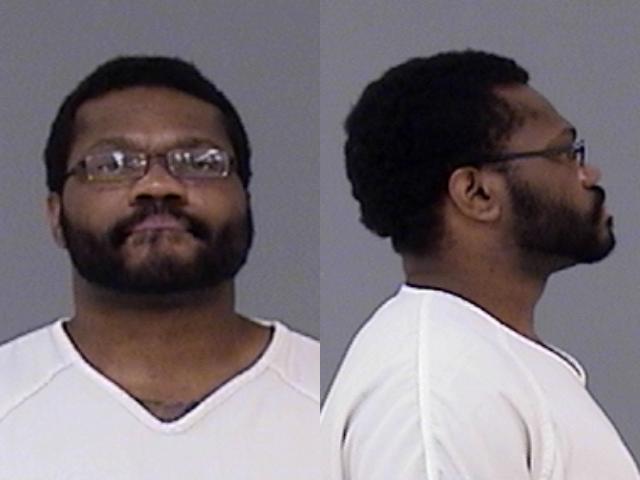 The man who was arrested Thursday after attempting to ram a Montana Highway Patrol trooper’s car with a stolen vehicle after a high-speed chase that ended in Big Sky faces multiple felony charges in Gallatin County Justice Court on Friday.

Maurice Danaye Myers, 32, of Helena, was charged with 2 accounts of felony theft, assault with a weapon, 3 counts of felony endangerment, felony possession of dangerous drugs and tampering with evidence.

Myers has a criminal record, documents show he was charged with rape in Cascade County in 2011 and a probation violation in 2015.

According to charging documents, around 7 a.m. on Thursday, April 19, the Gallatin County Sheriff’s Office received a report of a stolen white Honda Accord from a Belgrade address.

When Belgrade officers arrived to take the report, they located a 2012 Ford Escape that had been reported as stolen from a car dealership in Billings.

At about the same time, an MHP trooper witnessed the Honda Accord exit Jackrabbit Lane and access I-90 eastbound.

The trooper began to follow the vehicle and it sped up, exiting at the Airport Interchange. A pursuit was begun which continued south on Jackrabbit Lane, to the Four Corners area.

The pursuit continued south on Highway 191 towards the mouth of Gallatin Canyon, where law enforcement chose to discontinue pursuing due to public safety concerns.

A short time later, a deputy in Big Sky intercepted the stolen vehicle and began pursuit again. The vehicle turned onto Lone Mountain Road where, due to highs speeds and erratic driving, the pursuit was again discontinued.

Security personnel near the Huntley Lodge witnessed the vehicle enter the area and kept eyes on it until it began traveling back down Lone Mountain Road.

Law Enforcement was able to block the roads to keep the suspect from accessing Highway 191. In the Meadow Village area, the suspect encountered law enforcement and turned back up Lone Mountain Road.

Myers reportedly then stuck both hands out the window. Then he was placed on the ground and handcuffed. While helping Meyers up, a glass smoking pipe, commonly used to smoke methamphetamine fell from him on the ground and Myers allegedly stomped on it, crushing it into small pieces. Myers then reportedly said: “Sorry, I had to do that to keep from another charge.”

During questioning, Myers reportedly admitted to stealing the Ford Escape before driving it to Belgrade where he stole the Honda Accord, which was running and unattended. Myers also admitted to being under the influence of methamphetamine. He told officers that he had driven at speeds near 120 mph and has led law enforcement officers in traffic pursuits on numerous occasions in the past and knew that driving at, or toward, oncoming traffic often caused pursuing officers to discontinue pursuit.

Myers also reportedly made the admission that he believed someone could have been easily killed as a result of his actions.