Carcasses of Ohio’s “zombie-like” raccoons being collected and tested 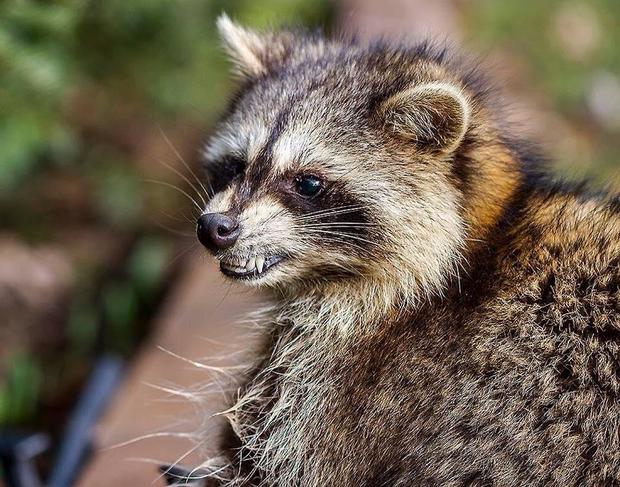 The animals have been spotted exhibiting bizarre behavior around the city of Youngstown since January.

Coggeshall was outside playing with his dogs near his house when he spotted one of the raccoons approaching him. Thinking quickly, he brought his dogs back inside and grabbed his camera. That’s when the raccoon followed them to the door and proceeded to exhibit zombie-like behavior.

"He would stand up on his hind legs, which I’ve never seen a raccoon do before, and he would show his teeth and then he would fall over backward and go into almost a comatose condition," Coggeshall told CBS affiliate WKBN.

Most of the odd sightings have occurred the daytime, even though raccoons are normally nocturnal. 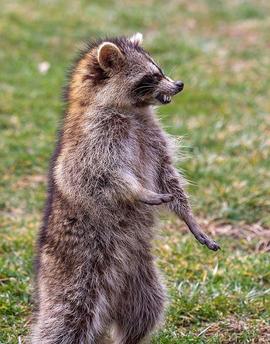 Officials from the Ohio Department of Natural Resources believe that the animals are most likely exhibiting symptoms of distemper — coughing, tremors, seizures and the loss of their fear of humans — but WKBN reports no one has been able to confirm that yet. So, according to the Youngstown City Health Department, the USDA has begun picking up the carcasses of euthanized raccoons across the area for testing to get to the bottom of it.

Distemper is a viral disease, which likely would have been transmitted from one raccoon to the next while eating, as city raccoons are less solitary than their country cousins.

"Raccoons tend to be very social in this aspect that if they find food such as a bird feeder or a garbage can that hasn’t been properly stowed, then they will tolerate each other in order to get a meal," ODNR communications specialist Jamey Emmert told the station.

According to police reports, 19 sick raccoons have been euthanized by police in the area since the first of the year.

If distemper does turn out to be the root cause of the animals’ "zombie-like" behavior, then humans are not at risk of transmission. The illness can, however, be transmitted to pets if they are not properly vaccinated.

Until authorities crack the case, residents are encouraged to report any raccoons behaving unusually to their local police station. In the meantime, the USDA will continue picking up the euthanized animals’ carcasses every week for testing.