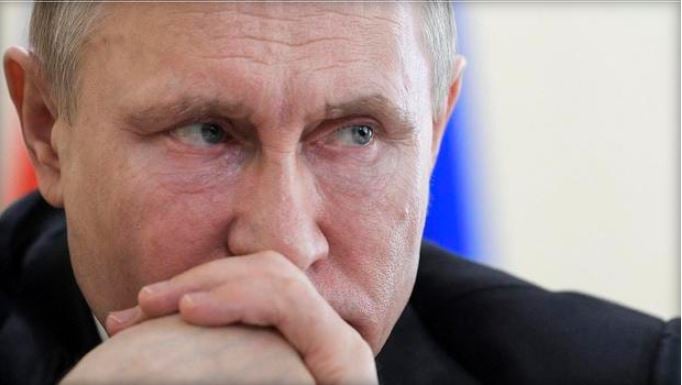 President Trump’s administration announced new sanctions Friday against a number of Russian officials and businesses who could benefit from the Kremlin’s destabilizing activity, including some in Russian President Vladimir Putin’s inner circle.

The Treasury Department has designed 38 Russian individuals and entities in all.

Another person on the list is Alexander Torshin, who has close ties to the NRA and worked during 2016 and into 2017 to set up a meeting with Mr. Trump. He did settle for a brief meeting with Donald Trump Jr. at an NRA event, as CBS News has confirmed.  There are reports that his ties to the NRA are currently under investigation by the FBI. Torshin is a top Russian official — the State Secretary – Deputy Governor of the Central Bank of the Russian Federation.

As senior administration official told reporters Friday, this action will be "noticed far and wide."

"This set of designations is not in response to any single event or issue," a senior administration official told reporters Friday. "Rather, the United States is taking these actions in response to the totality of the Russian government’s ongoing and increasingly brazen pattern of malign activities across the world. This includes their occupation of Crimea, instigation of violence in Eastern Ukraine, support for the Assad regime in Syria by supplying material and weaponry, and ongoing malicious cyber activities. But most importantly, this response to Russia’s continued attempts to subvert Western democracies.

While the exact economic impact is unclear, the sanctions will send a signal to anyone doing business with those individuals. The list also goes heavily after energy companies and a Russian weapons trading company with longstanding and ongoing ties to Syrian President Bashar Al Assad, Atwood reports.

The sanctions come after Mr. Trump invited Putin to the White House and said he hopes he can have a good dialogue with the Russian leader.