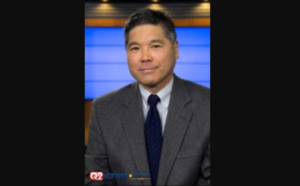 David came to Montana around the turn of the century.

Leaving his roots in northern California, David set out on what was planned to be a one-year adventure.

It was December when he drove a rental truck towing his Japanese compact vehicle.

He remembers listening to the radio and the announcer said it was going to be a sunny day with a high of three degrees!

He wondered what he had gotten himself into.

He started in news by reporting on high school sports for newspapers in the San Francisco Bay Area.

He then worked as a traffic reporter for radio and TV and covered pro and college sports for radio.

He learns something from every interview.

He is now on the leg of the journey in Billings with his family of native Montanans, miles away from his hometown.

“Home is where you want to make it.”