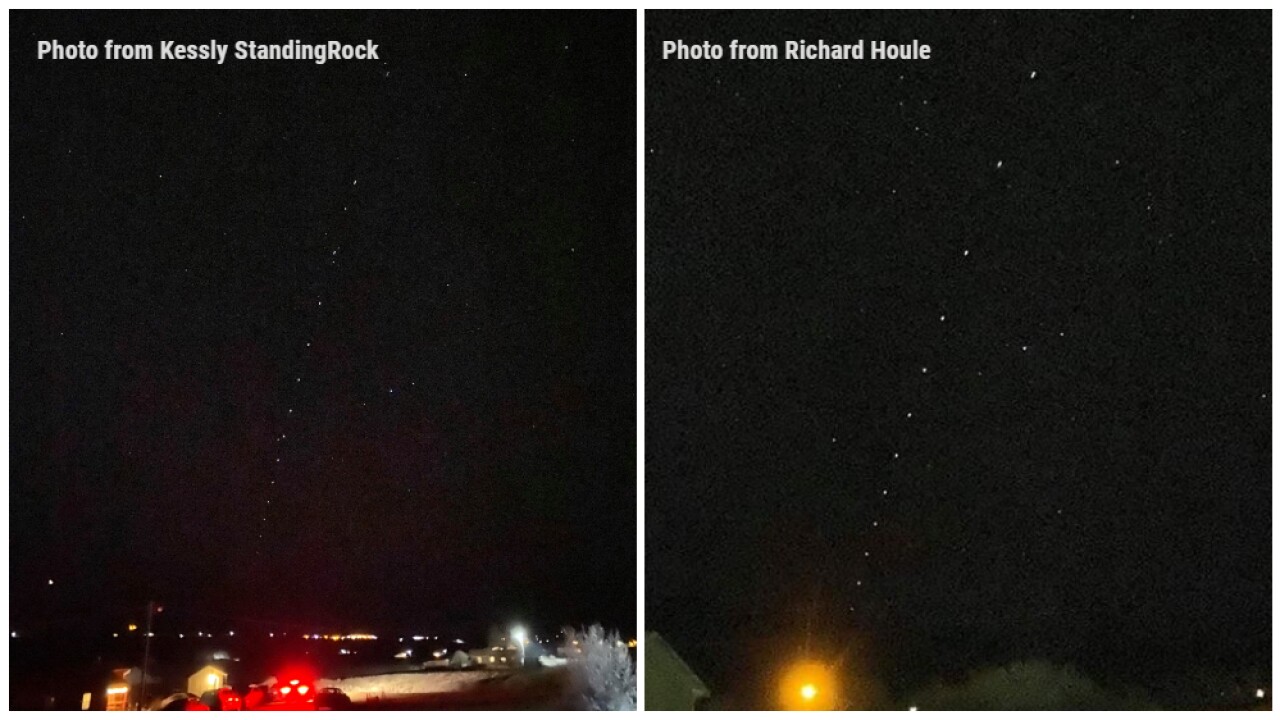 GREAT FALLS, Mont. — Reports of a row of strange lights seen in northern Montana are likely satellites launched by SpaceX, according to numerous media reports.

Scripps station KRTV in Great Falls, Montana received reports and several photos from people in northern Montana about strange lights in the sky on Christmas evening. People in nearby Browning and Rocky Boy shared photos that show a row of bright lights in the sky.

Based on similar reports in recent days in other media outlets and similarities in the photos, they are likely small satellites passing overhead that were launched recently by SpaceX.

On Nov. 11, SpaceX launched 60 Starlink satellites from Space Launch Complex 40 at Cape Canaveral Air Force Station, Florida. According to the SpaceX website, the satellites were launched to develop a "low latency, broadband internet system to meet the needs of consumers across the globe."

The satellites will provide internet to populations that currently have little to no connectivity.

The website Space.com has information about how you can track the movement of the satellites.

If you saw a row of UFO like lights in the sky in IL, IA, MI (like this but spaced out), that was SpaceX Starlink Satellites! You'll be able to see them in the next few days, too!
Check here for a map (and set the time back to see their track today) https://t.co/wtkU9xSFY9 pic.twitter.com/cZ4UUvj5Zc

This story was originally published by David Sherman on KRTV in Great Falls, Montana.