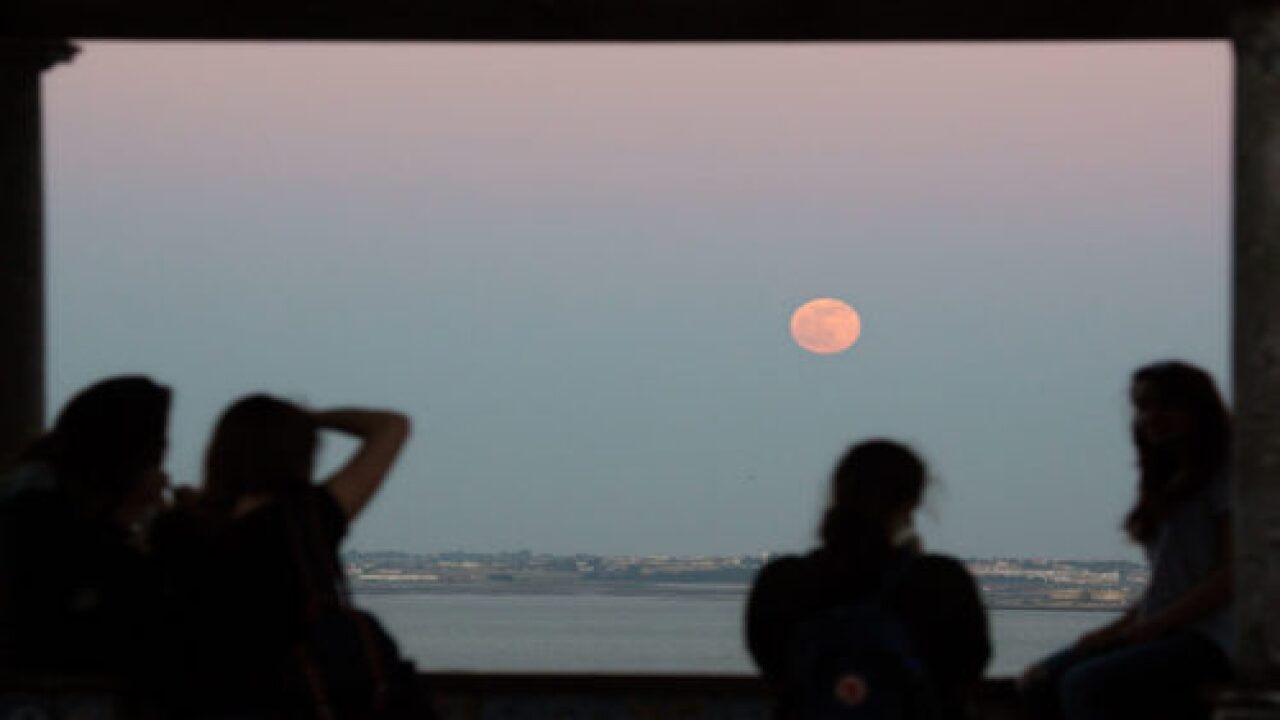 June’s full moon is known as the strawberry moon, which makes it sound like we’ll be able to look up at see a large pink- or red-hued moon hanging in the sky on the night of June 5. But just like April’s full moon, which is dubbed the pink moon, the June full moon probably won’t have a pinkish cast.

But astronomers say there’s a reason this month’s full moon will stand out nonetheless.

Rather than color, the naming of the strawberry moon is a nod to our agricultural seasons, from the early Native Americans who named it. According to the Farmer’s Almanac, the strawberry moon got its name because Algonquin tribes in North America knew June was when strawberries bloomed and ripened. Strawberries are only in season a short time, so the tribes linked June’s full moon to this fruit. Eventually, other tribes adopted the same name.

In Europe, June’s full moon is also known as the rose moon. Before strawberries were brought to the continent, June was known as the time when roses reached their full bloom. So, when the full moon rises in June, many saw it as a sign their gardens were reaching their peak.

What also makes the June 2020 full moon special is its position in the sky.

“With the moon also particularly low in the sky this month, it’s sure to dominate — and even be visible in the afternoon and early evening,” science contributor Jamie Carter wrote in Forbes.

This full moon’s peak is 3:12 p.m Eastern Daylight Time on June 5. It probably won’t be easy to see at that point, so experts recommend setting your alarm to catch moonrise instead.

What time is moonrise? It depends on where you live, of course. On average, it’s between 8 p.m. and 8:30 p.m. You can search for moonrise time in your specific location to make sure you don’t miss it!

This story originally appeared on Simplemost. Checkout Simplemost for other great tips and ideas to make the most out of life.

Related stories
Copyright 2020 Scripps Media, Inc. All rights reserved. This material may not be published, broadcast, rewritten, or redistributed.