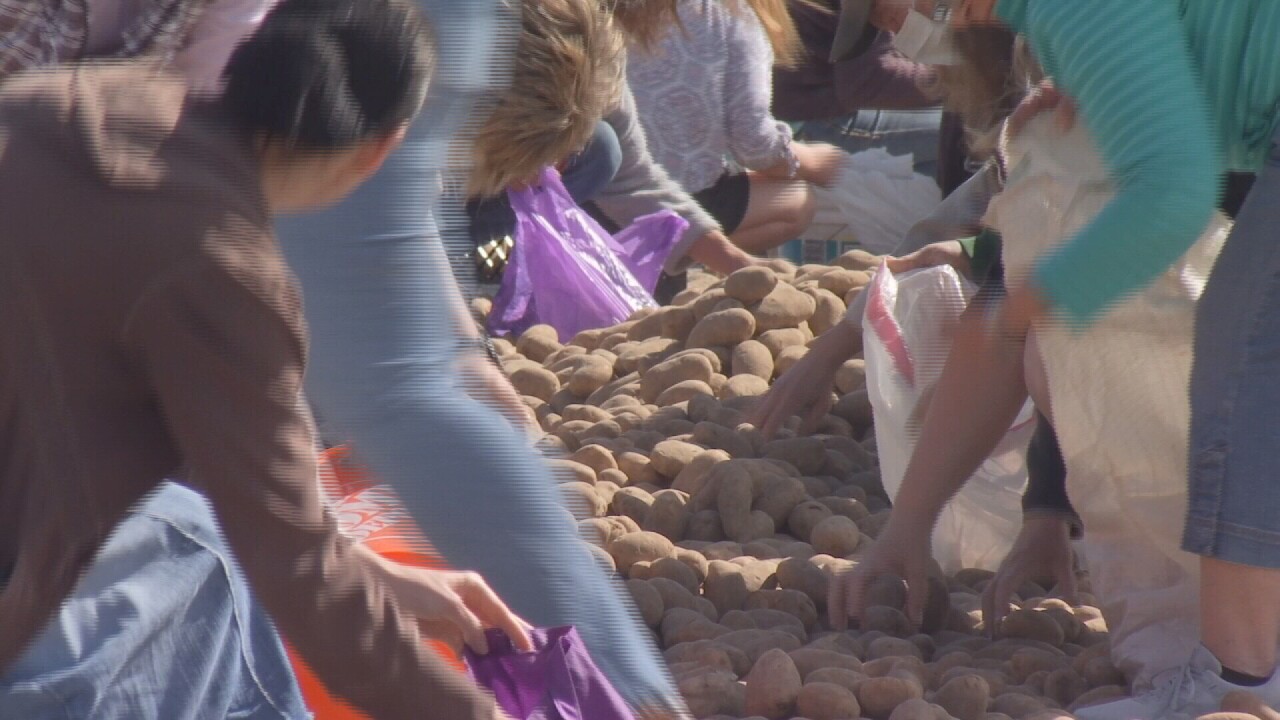 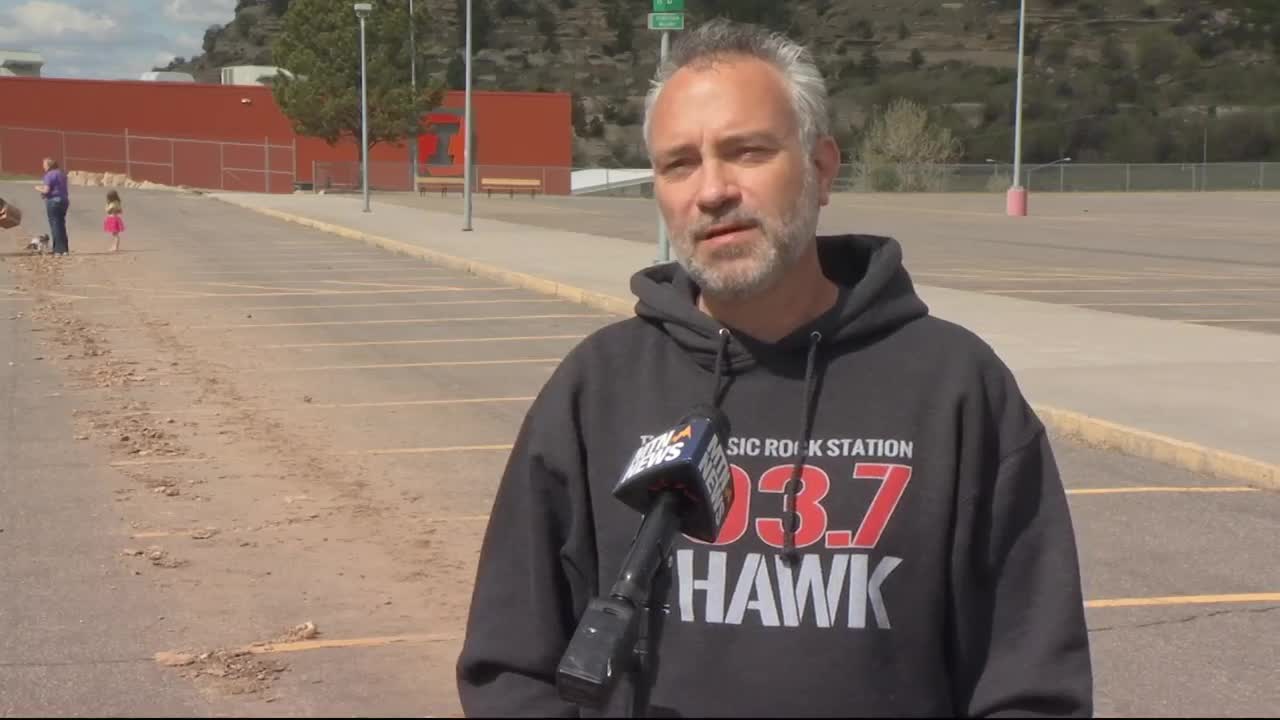 COVID-19 restrictions have made it difficult to process agriculture products, but a western Montana farmer found a way to deliver about 30,000 pounds of potatoes for the Great Potato Giveaway in Billings this weekend.

The truck arrived Friday evening after about a 200 mile trip from Foth Farms in Toston to the Metrapark's upper parking lot.

"The side dump from Riverside Contracting, 29,500 pounds of potatoes," said Michael Foth, brand manager for 103.7 The Hawk. "They brought them over from Tosten and actually dropped them last night."

Foth let people know about the free potatoes from his brother's farm on Townsquare Media radio stations and social media.

"A bunch of unsold potatoes this year due to the markets and we thought it would be nice to bring to hungry people in Billings, " Foth said.

The pickup started at around 10 a.m. Saturday and 29,500 pounds of potatoes were gone fairly quickly."

"This is just crazy," said Lilly Gallegos, who picked up some potatoes. "All the people grabbing potatoes."

"Fifteen, 20 minutes," Foth said. "Maybe a little longer. "I got here before the official start time and there already were a handful of cars and people getting some. So I would say the whole pile went in less than an hour. It's great to see everybody in Billings that wanted some potatoes come out and get some."

Foth works in radio, but has an understanding of the agriculture industry from his family.

"A lot of farmers are looking at destroying their products either tilled under or fed to cattle which is kind of a waste," he said. "The distribution channels thanks to COVID-19 are having a tough time getting their products to hungry people. It's unfortunate to see."

Foth Farms grew these as seed potatoes for other farmers.

"We sell to large commercial growers for processing potatoes for McDonald's french fries and things of that nature," said Matthew Foth, who owns Foth Farms. "If the economy slows down just a little bit, there's just such a surplus with the various issues with the processing industries.

"He wanted to help everybody out," Gallegos said about Matthew Foth. "He actually cares about a lot of people."

Foth said after seeing the popularity, it's possible there may be another Great Potato Giveaway in Billings soon.