Couple accused of kidnapping and raping man in Great Falls 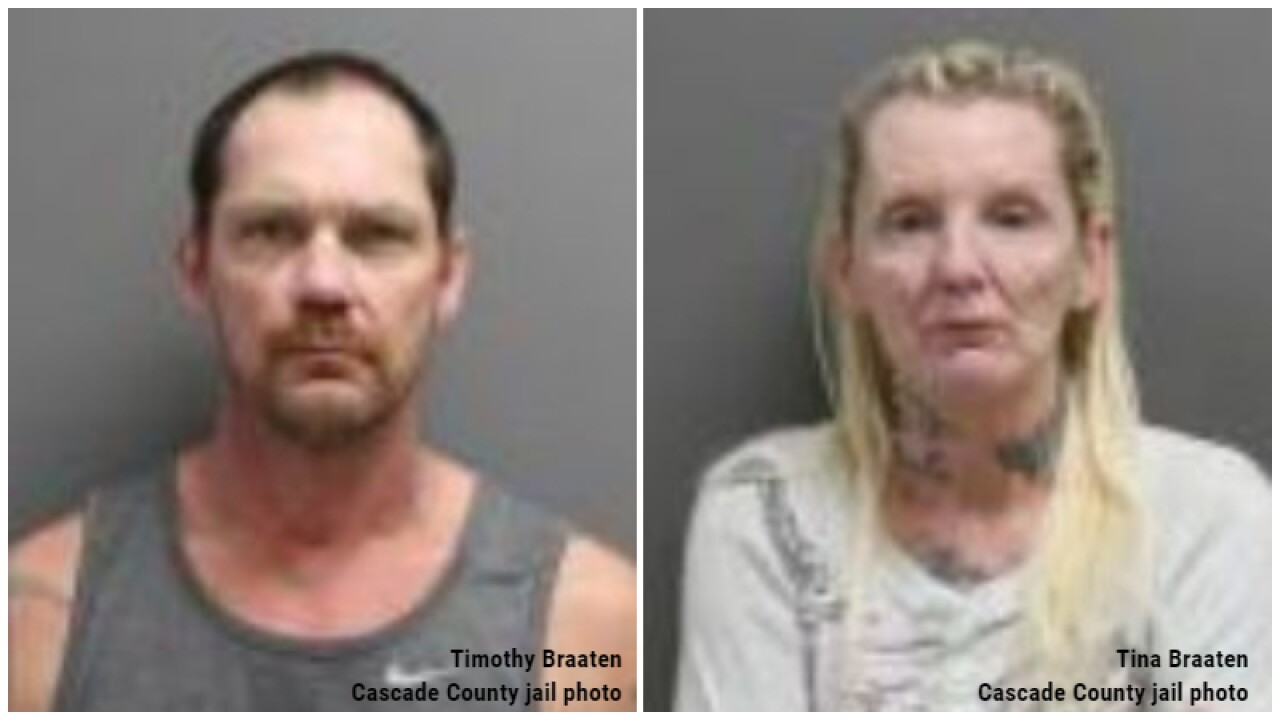 GREAT FALLS - Timothy Allen Braaten and Tina Michelle Braaten have been charged in Great Falls in connection with the alleged kidnapping and rape of a man in 2015.

Court documents state that in November 2019, a man - identified as "John Doe" in court records - reported to police that he had been kidnapped in 2015 by the Braatens and raped by Timothy, and that Tina had filmed the rape.

The victim told police that he had been hit on the head outside of his house in Great Falls, he woke up in a red Pontiac and was then taken to the Braaten's residence. He said the Braatens zip-tied him to a chair and threatened to "take his manhood" if he didn't sign over custody of his child to the Braaten's daughter, who he had once been married to but she was not the child's biological mother.

The victim refused and court documents state at that point the Braatens injected him with meth and chained him to a bench and pole in the garage. He again refused to give up custody, at which point Tina pulled his pants down and Timothy anally raped him. Later, the couple released the victim and showed him a thumb drive which contained video of the rape. They told him they would release the video unless he signed over partial custody of the child. The victim eventually conceded, according to court documents.

In September 2019, the victim was in a store in Great Falls and Timothy walked up to him and slapped him on the buttocks - in what court documents describe as a "show of dominance and aggression" - and asked the victim how he was doing.

The charging documents state the victim then "relapsed" and told his child that the relapse was due to memories of the rape after running into Timothy at the store. His daughter said that she knew about the incident because the Braatens had shown her the video.

The daughter was later interviewed by police and said that Tina and Tina's daughter had shown her the video shortly after the divorce in 2015. The daughter said that she could only watch about five seconds of the video before she had to quit watching, and she told police that Tina told her not to tell anyone about the video.

According to the Cascade County Detention Center roster, they are being held on $500,000 bond each.