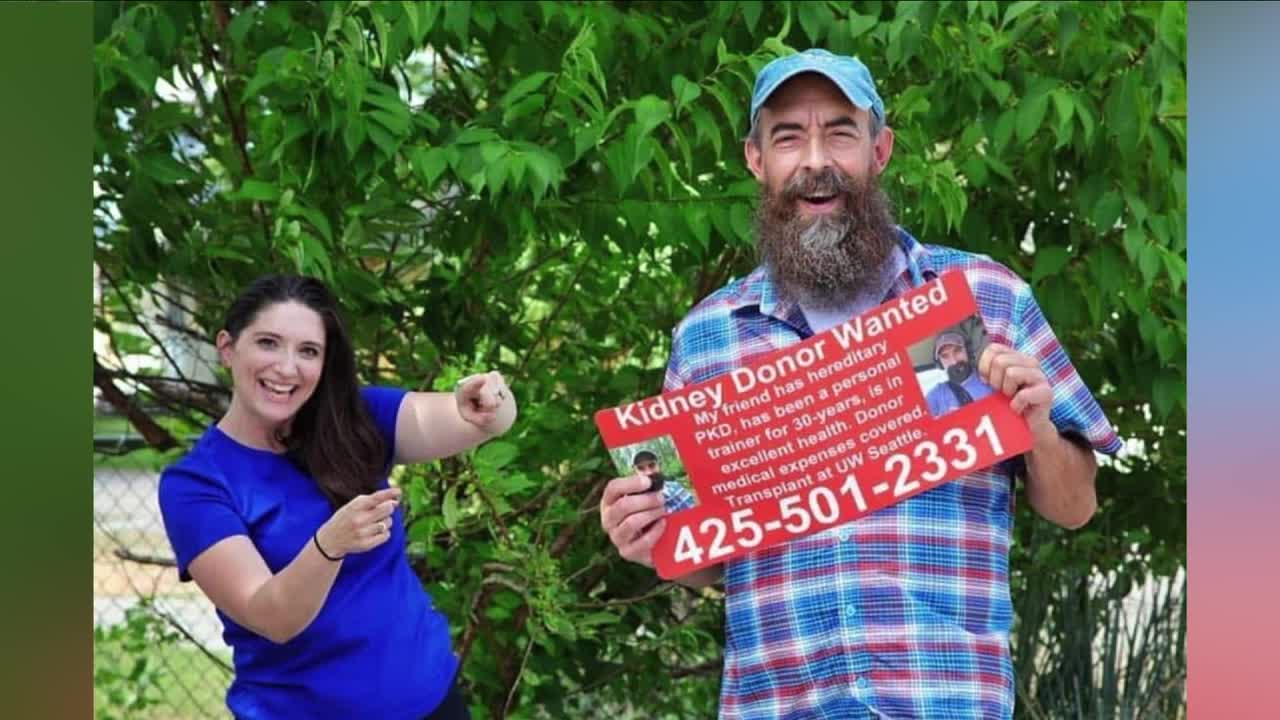 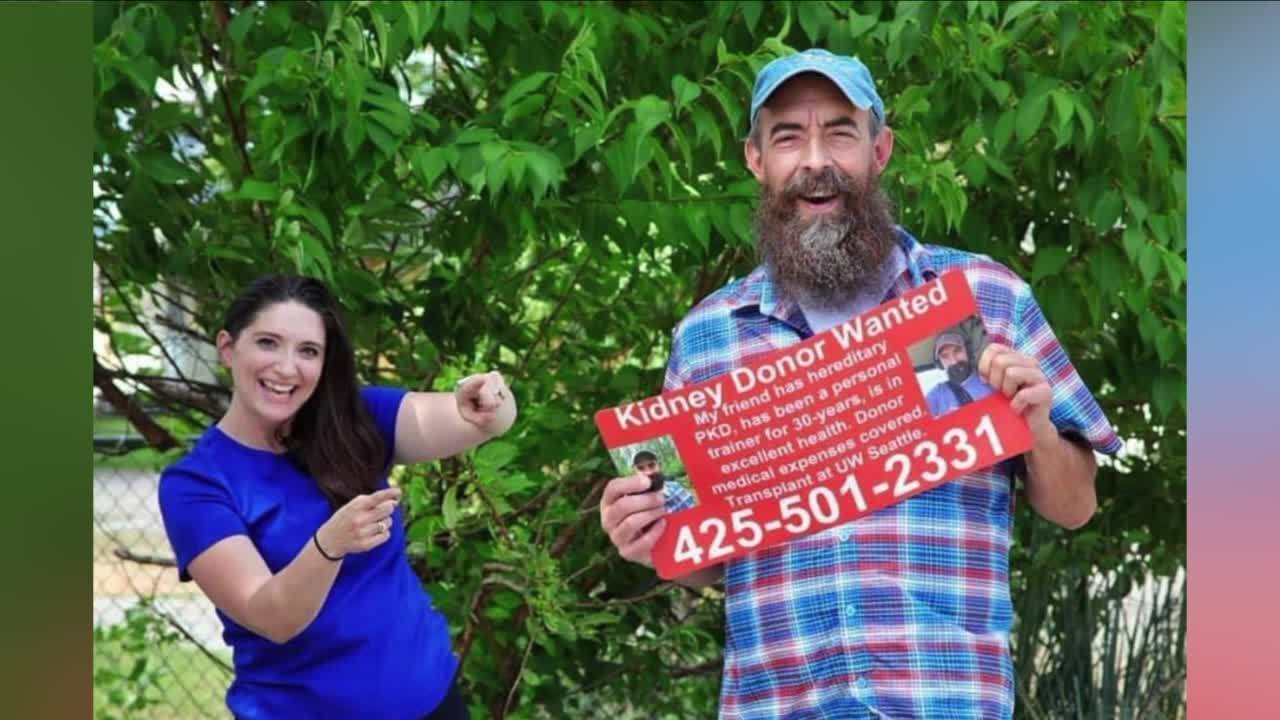 MISSOULA - For all the criticism of social media, sometimes it actually does some good -- sometimes, it can actually save lives.

Sovereign Valentine is a personal trainer in the small town of Plains who drives to Missoula three times a week for dialysis. His inherited kidney disease has done in his kidneys although at first, he didn’t even know how sick he actually was

“I’ve been a personal trainer for 30 years and did my nutrition really well all this time, for 40 years," Valentine said. "So it kind of offset the symptoms so I didn’t know I was in total kidney failure."

Just like his older sister who had the same genetic condition, he needed a kidney transplant. So he decided to advertise for one - on his car and on Facebook where he posted a simple message: Kidney donor wanted.

“I was blown away by the response. Ultimately, we got over 106 donors about 95 of them were from Facebook and the rest from the car magnets," Valentine said. "It totally changed my perspective on life."

The willingness for people to step up likely saved Valentine's life because finding a donor isn’t easy.

People from all over the country were willing to be considered as Valentine's living kidney donor. It's a great first step, in a very long process to find a perfect match. But what this small town personal trainer from Plains didn’t know was there was someone he never met quietly going through the process to see if she was a match.

And would you believe it? She lives in Plains.

“We’re all given a path in life and this has always been part of my path, it’s just time for it now," donor Krista Standeford said.

Standeford and her husband are the pastors of Church on the Move in Plains. She’d never met Valentine, but when she heard his story something clicked.

“And not just as a pastor in the community but as an advocate and a human in the town of Plains I think we should all do something to help someone," Standeford said.

Following tests it was found that Standeford was a match.

"My value system says it's not just an organ but a piece of me. You get my cells, and whatever is attached to that. You need to make sure that's something that works for him," she said. "There’s a sense of gratitude I have, and my family has because it gets to be us. "

"The first time we met, it sounds crazy, but it’s like we’re twins almost. Like we were separated at birth. We have so much on common, interests, beliefs," Valentine said.

"I felt so much better to know that we were going to be a part of the person - and people - we were doing this thing with," Standeford said. "We're kinda all in this together."

The pair will head to Seattle in about three weeks for the transplant. Valentine will also soon publish a book on Amazon that helps people find a living organ donor through social media.