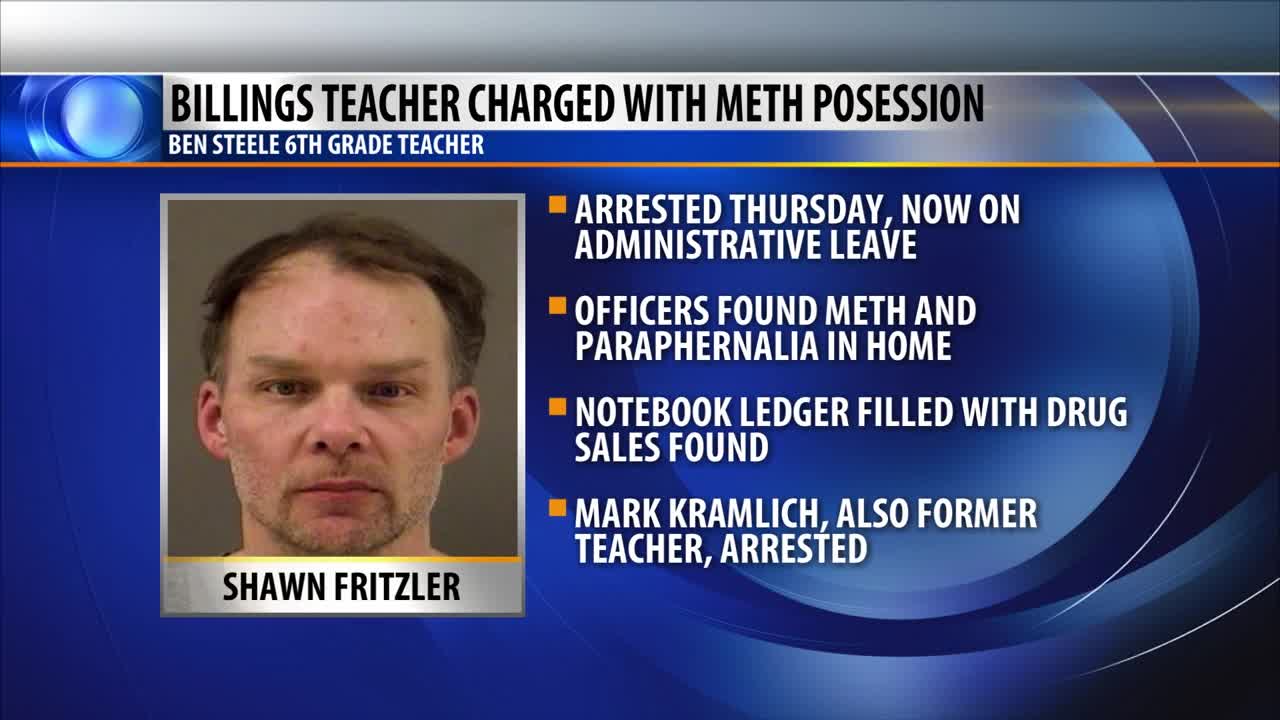 Shawn Fritzler, 43, allegedly had glass pipes, syringes, a digital scale and baggies that tested positive for meth in rooms accessible to all in the home. Officers also found a notebook with writing regarding drug sales on the kitchen counter.

Fritzler has been placed on administrative leave, according to Billings School District 2 Superintendent Greg Upham. The district learned of Fritzler's arrest on Jan. 16.

Fritzler shared the home with Mark Kramlich, 46, and Lane Meiers, 31. Both men are charged with the same offenses.

Kramlich is a former Billings school district teacher and was fired in 2017 for poor performance, according to Upham.

Members of the DEA Task Force and Billings Police Department's Street Crimes Unit executed a search warrant at the Billings residence at 5:50 a.m. on Jan 16.