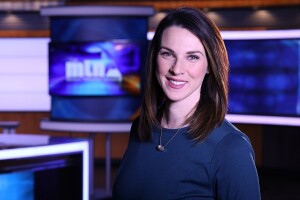 Andrea Lutz returned to the Montana Television Network in August of 2018 and was named MTN Chief Investigative Reporter in September of 2019.

Born and raised in Kalispell, Andrea graduated from the University of Montana, School of Journalism in 2006 and has over a decade of local television news experience.

She started her television career in her hometown serving as bureau chief of KAJ-TV and moved to Missoula to work for KPAX-TV in 2008.

While in Missoula, Andrea met President Barack Obama on his 2008 campaign trail and won a breaking Montana Broadcaster’s award on the closure of Frenchtown’s Smurfit Stone Container plant.

Andrea moved to southern Idaho in 2011 to work for NBC affiliate KTVB, where she reported and anchored the Saturday Morning News. While there, she did an in-depth investigation into Idaho’s prescription drug abuse epidemic and did comprehensive coverage of the Orchard Combat Training Center, a massive state of the art military training facility in the Idaho desert.

Andrea moved back to Montana in 2015 to serve as News Director for the ABC/FOX affiliates in western Montana where she managed news operations in the Missoula, Butte, Bozeman and Kalispell markets. She was most recently the Statewide MTN 9 o’clock News Anchor, which airs on CW Montana.

Andrea calls herself “Montana’s biggest fan,” and can be found most weekends exploring all that Montana has to offer with her golden retriever Finley and her husband Andy.