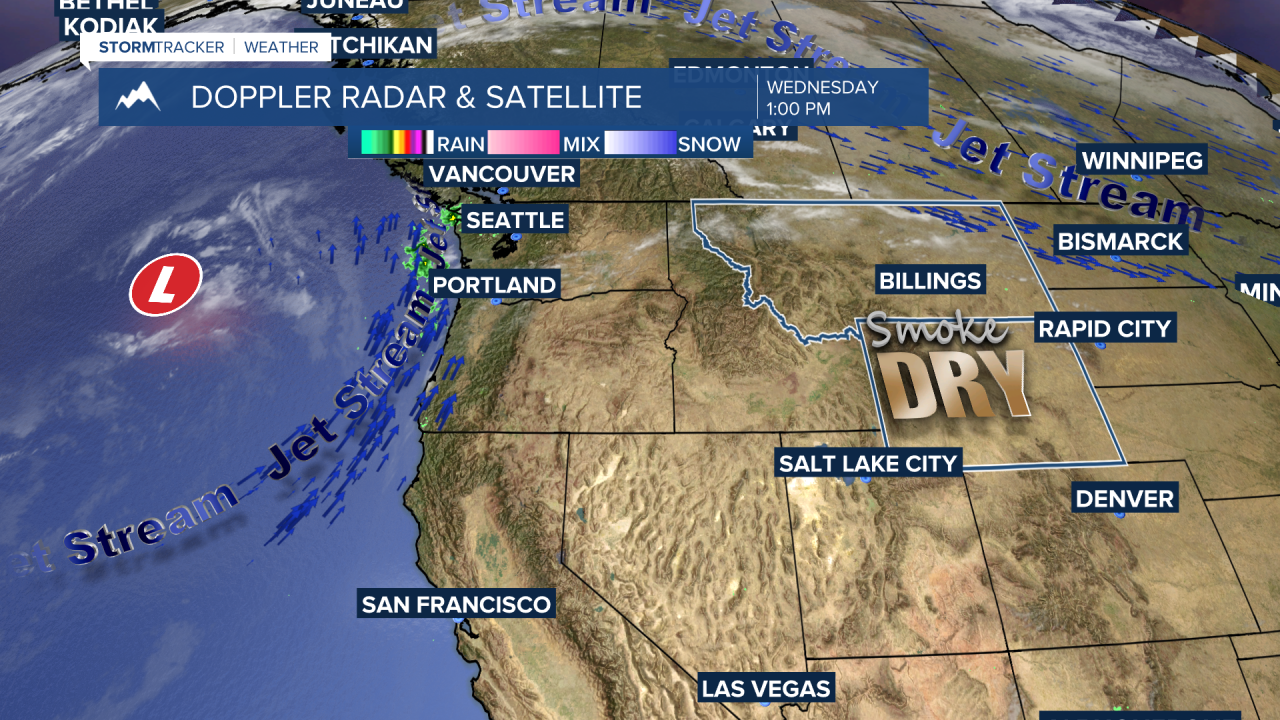 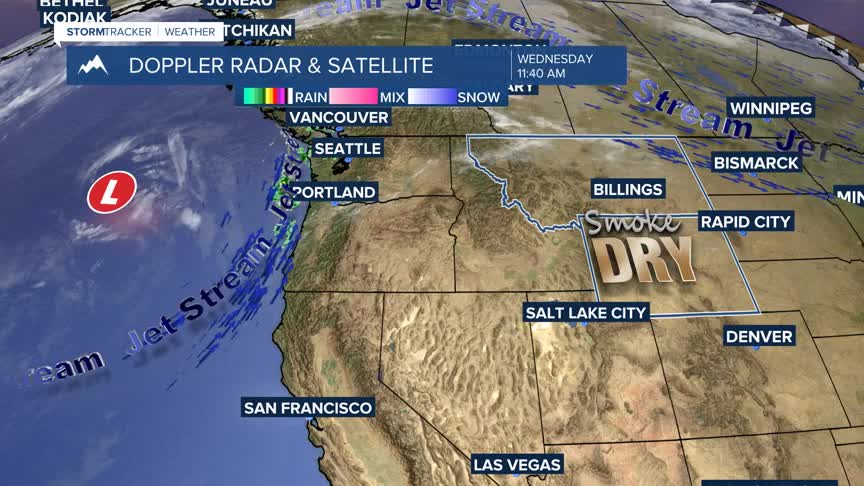 BILLINGS — The smoke continues in the Billings area, but least it’s not as thick as it was Tuesday. You'll notice the temperatures are a little cooler in Billings Wednesday afternoon.

The early afternoon temperature was 59 degrees, and the wind was light and variable at 3 mph. Around the rest of the state, the temps are mostly to the 50s and 60s, and Worland Wyoming was 72 degrees.

The one big hope we see in the Pacific Ocean is a new storm that rotates around the low-pressure cell. The storm could start pumping more water onshore and possibly even blow some of the smoke away from the West Coast.

The only problem is that the smoke has to go somewhere and guess where. That's right- it could be sending more smoke up into the northern Rockies, including Montana, Wyoming and Idaho. However, we do think the smoke will thin out from time to time.

At the surface, you can see the cold front that moved through and went stationary last night, just west of Billings. That stationary front marks the dividing line between the mild temperatures in the east and the warmer stuff out West.

We think that stationary front will oscillate back and forth for the next few days until the next storm offshore starts moving onshore and produces a chance for rain showers this weekend.

We will top out at 82 on Thursday, 85 on Friday, then a new cold front moves through over the weekend and cools us back into the 70s. We will stay there through the early part of next week.

THURSDAY: Sunny with areas of smoke again. Southwest winds 5 to 10 mph the morning shifting to the East 5 to 15 mph in the afternoon. High 82 degrees.

FRIDAY: Mostly sunny and warmer. Northwest winds 5 to 10 mph the morning shifting to the East in the afternoon. High 85 degrees.