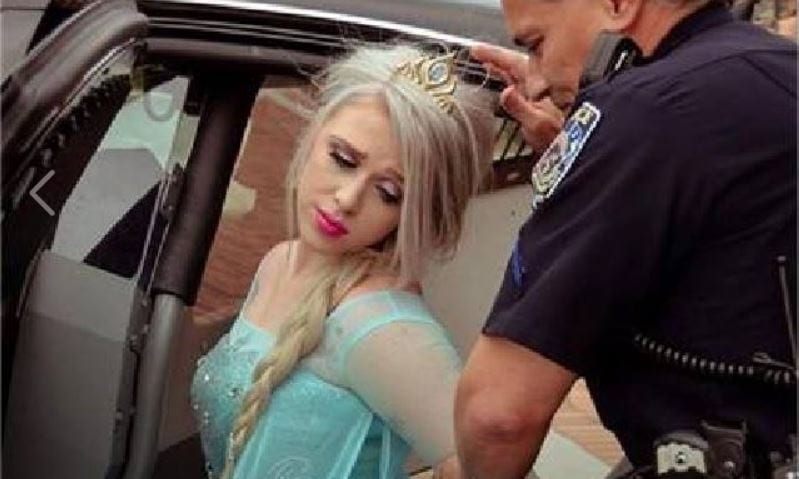 Let her go! An Illinois police department has placed Elsa — the Queen of Arendell from the Disney movie “Frozen” — under arrest Tuesday for bringing frigid cold temperatures to the Midwest.

For the first time in forever, Elsa is being punished for her crimes.

The McLean Police Department shared the arrest on its Facebook page, writing: “Due to the EXTREME COLD weather, all criminal activity and acts of stupidity and foolishness has been cancelled … Even Elsa has been placed under arrest with NO BOND until further notice.”

An officer even used pink handcuffs.

ATTENTION: Due to the EXTREME COLD weather, all criminal activity and acts of stupidity and foolishness has been…

The cold may not bother Elsa, but it’s definitely bothering everyone else.

Record-shattering temperatures will sweep a wide swath of the U.S. on Wednesday because of a polar vortex. Chicago is expected to be colder than the base camp at Mount Everest, with temperatures expected to plunge 21 degrees below zero. That will feel like 48 below zero with the windchill. It will likely be one of the coldest days on record.