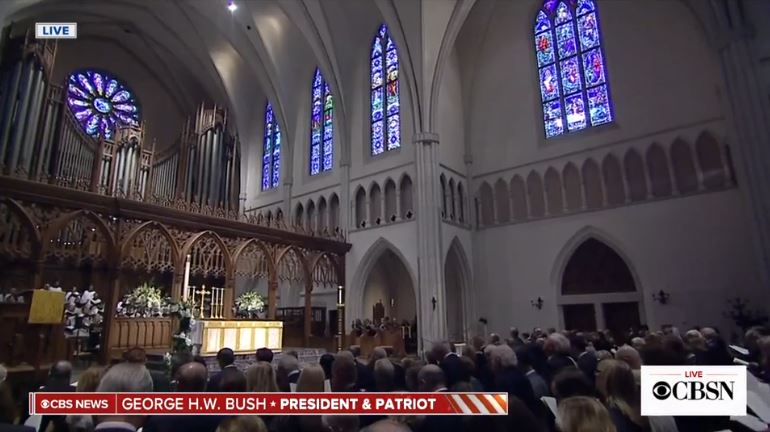 A final service for former President George H.W. Bush is being held Thursday in Houston, the city Mr. Bush adopted as his hometown, before he is laid to rest at his presidential library at Texas A&M University, in College Station, Texas. The Houston funeral service will take place at St. Martin’s Episcopal Church.

On Wednesday, thousands gathered at the National Cathedral in Washington, D.C. — including the present and past presidents, dignitaries, family and friends — to honor the life and legacy of Mr. Bush.

Former President George W. Bush eulogized his father in a moving speech, as did other longtime friends of the Bush family.

“He looked for the good in each person, and he usually found it,” the younger Bush said of his father.