Fire officials said the cause of the fire was improperly discarded smoking material.

The fire caused minor damage to the back deck and heavy smoke and fire damage to the attic. They estimated loss and damages of $90,000.

Battalion Chief Ed Regele said the fire was mostly in the attic of the house and is now under control.

Crews were checking for hot spots.

The residents were not home. Neighbors called 911 to report the fire.

Three pets were rescued from the fire.

The fire marshal has been called to investigate the cause. 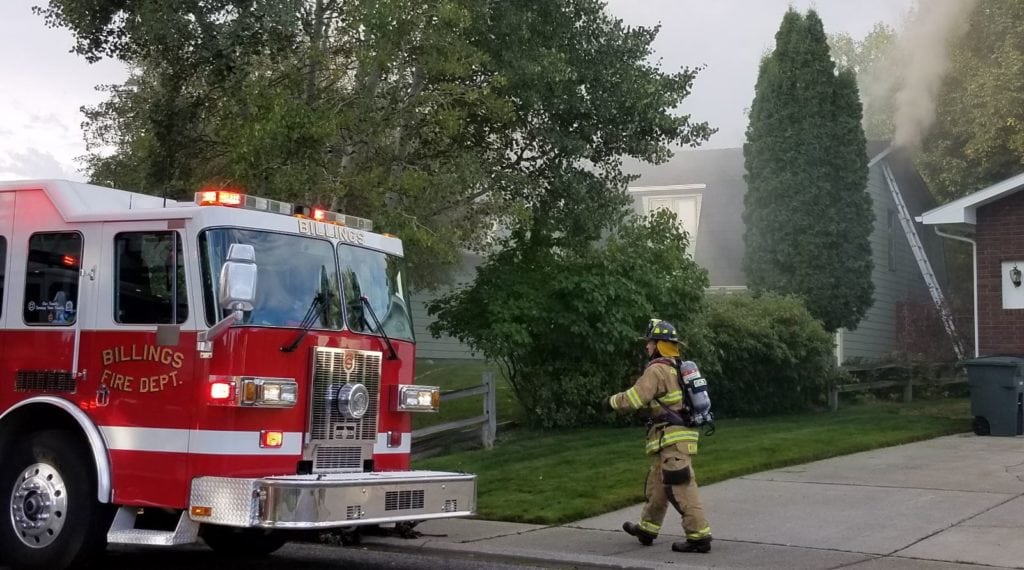 BILLINGS – Firefighters were at the scene of a house fire in the Heights on Monday morning.

Flames and thick smoke were billowing from the roof of the two-story home at 1304 North Church St.

Three engine crews and a truck company were fighting the fire, which was reported around 8 a.m.