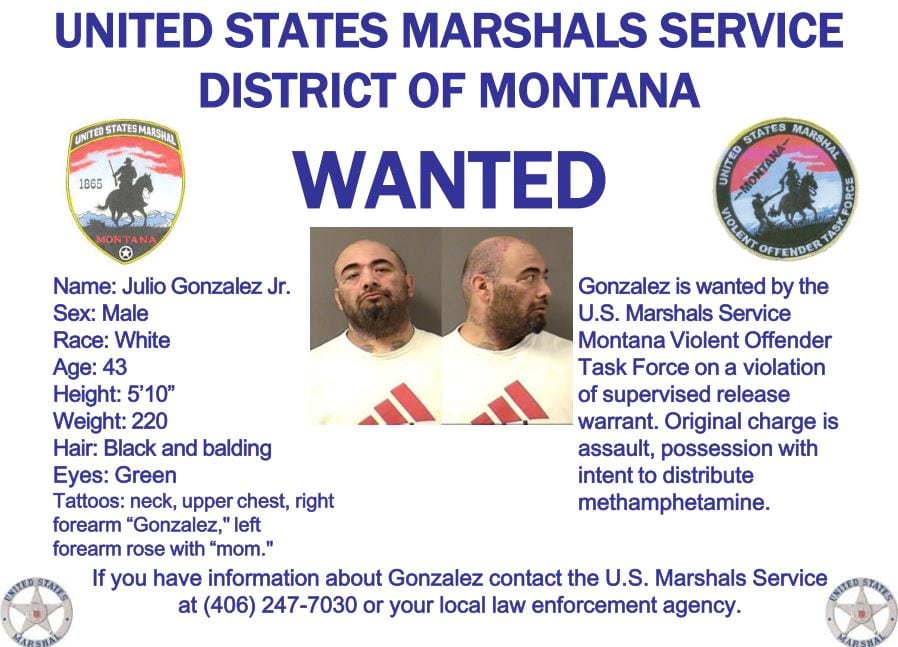 Gonzalez, 43, is wanted by the Montana Violent Offender Task Force based on a warrant for violation of supervised release. Gonzalez was originally convicted of assault and possession of methamphetamine with intent to distribute.

Gonzalez is described as a white male, 5-feet, 10-inches tall, 220 pounds with black and balding hair and green eyes.

Anyone with information about Gonzalez is asked to call the U.S. Marshals Service at 406-247-7030 or your local law enforcement agency.